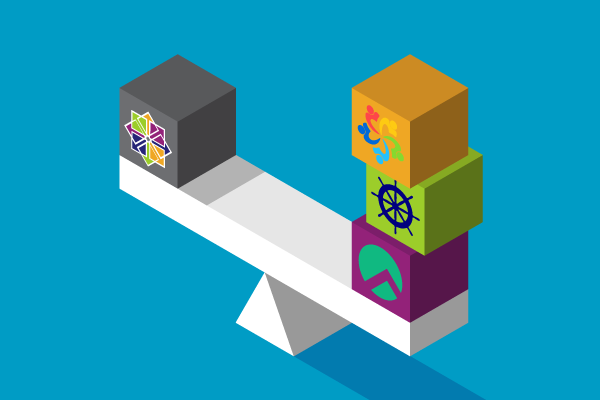 With CentOS 8 EOL set to hit at the end of the year, many organizations are studying their options. But given the relative infancy of available CentOS replacements, some have concerns about their viability for mission critical applications.

In this blog, we give an overview of current CentOS alternatives, including CentOS Stream, and new 1:1 alternatives like Rocky Linux, AlmaLinux, and Navy Linux.

We’ve written at length about changes to CentOS 8 EOL, and Red Hat's decision to switch their focus toward CentOS Stream. These decisions left many organizations without a clear path forward, and little time to find one.

For those who want to remain on a CentOS-like operating system, there are a few successors to CentOS already available.

While not even a year old at the time of this writing, Rocky Linux has gained a lot of attention within the CentOS community due to its connection to Gregory Kurtzer, and its relative freedom from corporate interest compared to AlmaLinux.

For those interested in migrating to Rocky Linux, migrate2rocky.sh script can help make that migration easier (if not using Katello, Uyuni, or SUSE Manager).

For those who want a 1:1 compatible CentOS replacement, and want to operate within the CloudLinux ecosystem, AlmaLinux is a good choice.

RHEL boasts some features that are not available in RHEL-based distributions, and can offer benefits to companies fully vested in the Red Hat ecosystem. As such, it’s commonly used within the enterprise. That said, RHEL’s notoriously expensive licensing costs at scale drove many organizations to adopt free, open source distributions like CentOS Linux.

There are any number of CentOS alternatives that exist outside the RHEL ecosystem. For the purposes of this article, however, we’re only going to cover the last CentOS standing – CentOS Stream.

CentOS Stream is a continuously-delivered, intermediary Linux distribution that sits between Fedora and RHEL. It’s used as a “development platform” where the CentOS community and Red Hat developers release features that are eventually bundled and released as major RHEL versions.

Because of the rolling release aspect of CentOS stream, teams need to have specific systems and practices in place in order to take advantage of continuously-delivered CentOS Stream builds.

For those who want to migrate from CentOS, there are a number of viable CentOS migration paths. Whether that’s paid, through distributions like RHEL, or through spiritual successors like Rocky Linux, teams should have no trouble making a migration from CentOS 8. But with CentOS 8 reaching end of life on December 31, 2021, teams will need to make a decision fast to avoid unpatched EOL CentOS 8 deployments.

From extended long term support for CentOS 8, to SLA-backed technical support for Rocky Linux, OpenLogic can help you find success with your Enterprise Linux distribution. Learn more about how we can support your goals by speaking with an expert today.