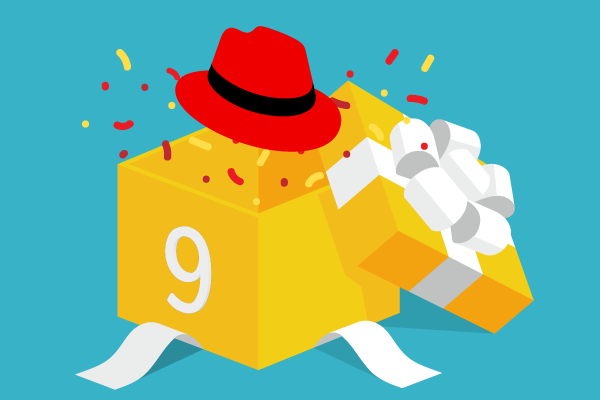 Red Hat Enterprise Linux (RHEL) has had an enormous impact on open source Enterprise Linux through the years. Now, with the introduction of RHEL 9 — and new derivative distributions like Rocky Linux and AlmaLinux filling the void left by the discontinuation of CentOS Linux — that impact is primed to continue.

In this blog, we look at the new features and changes introduced in RHEL 9, and how they might (or do) translate to Rocky Linux 9 and AlmaLinux 9 releases. We'll also dive in on the new release process for RHEL, including the journey from Fedora to CentOS Stream to RHEL.

RHEL 9 Overview: How We Got Here

RHEL, starting with RHEL 4, has been derived from upstream Fedora Linux releases, with Fedora providing the fast innovation necessary to stay competitive in a crowded commercial server operating system market. In comparison to Fedora releases, RHEL releases came at a much slower pace — one more digestible to enterprises averse to frequent OS upgrades.

This Fedora to RHEL to CentOS fork process continued all the way up through CentOS 8, at which time the Red Hat and CentOS communities announced the end of CentOS Linux in favor of their recently created upstream rolling release distribution CentOS Stream.

RHEL 9 marked the first version of RHEL based on the upstream CentOS Stream version. As we note later, there will be (and are) open source equivalents to a CentOS Linux 9 release this year, including AlmaLinux 9, Rocky Linux 9, and others.

RHEL 9 introduces a number of features that will impact RHEL subscribers and users of open source derivative versions. Aside from version support updates (covered later), the big features to watch out for in RHEL 9 are application streams, image builder, universal base images, and performance improvements.

An improved image builder returns in RHEL 9, allowing users to create custom RHEL system images. The images, which are compatible with many of the major virtualization technologies and cloud providers, enables users to create custom RHEL dev environments for a variety of environments and with unique filesystem configurations. Red Hat also notes that this can be used to create "bootable ISO installer images" that can be installed directly on bare metal servers.

Universal base images (UBIs) are a returning feature for RHEL 9. Available in standard, minimal, micro, and init image configurations, these images allow testing of containerized applications for out-of-the-box RHEL 9 installs.

One of the big benefits of RHEL 9 advertised throughout the 2022 Red Hat Summit (just before the RHEL 9 GA release) was around performance improvements.

Those performance improvements will show in a few areas, but most of the performance increases we foresee are specific to post-2008 Intel and AMD CPUs with the upgrade from a x86-64 to x86-64-v2 microarchitecture level.

Other technology-specific improvements come in the form of support for AWS Graviton processors, which should help teams optimize performance of cloud workloads in Amazon EC2, and improvements with performance-minded modules and profiles for Microsoft SQL Server.

Other performance improvements in RHEL 9 should come from updated versions for a variety of integrated languages, technologies, and libraries.

As with any other major RHEL release, there are a variety of new technology versions shipped with RHEL 9, including a new GCC version, Linux kernel version, and a host of new utility, language, and library versions.

Among these, the two most noteworthy updates to us are the updated GCC, glibc, binutils, and kernel versions.

How Will These Changes Impact RHEL-Derived Distributions?

Historically, RHEL-derived distributions, including the open source CentOS Linux and commercial Oracle Linux, have stripped out proprietary components of RHEL releases. New RHEL forks, like AlmaLinux and Rocky Linux, are continuing that same process. As noted below, library and technology version updates typically carry over at or near 100%.

AlmaLinux 9, now available as a GA release, gives us a good look at what free, open source RHEL-derived distributions might look like under the new release process.

Rocky Linux 9 is yet to arrive, but we can expect Rocky Linux 9 to carry a similar approach to AlmaLinux 9 in what is and what isn't included in the initial GA release. Stay tuned to our blog for more analysis on Rocky Linux 9 when it's officially released.

Red Hat Enterprise Linux 9 has shown proof of vision for the new RHEL development cycle. While the jury is still out on how this new cycle will impact release cadence and stability going forward, there is some indication that this new cycle will have a positive and cascading impact for RHEL downstream rebuild distributions.

If downstream distributions like Rocky Linux and AlmaLinux continue to have a short release lag following RHEL releases, and Red Hat continues to make their RHEL source code accessible to those creating downstream distributions, we think that the Enterprise Linux landscape is poised for continued success (and even some returning stability).

Get Support for Your Open Source Enterprise Linux

From EOL CentOS versions, to new distributions like Rocky Linux and AlmaLinux, OpenLogic offers expert, around the clock support to help your organization find success. Learn more about what we offer by speaking with an open source expert today.