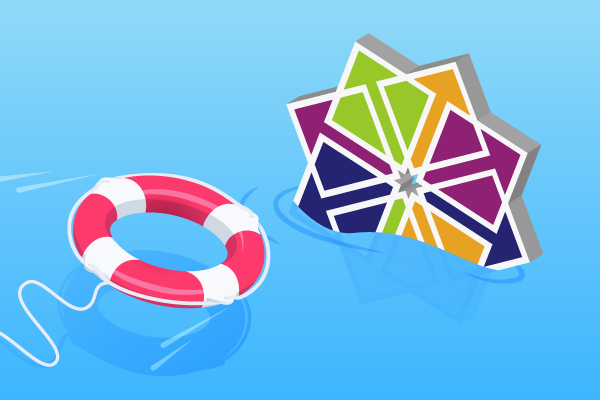 In December 2020, Red Hat unexpectedly announced a change to CentOS 8 end of life (EOL). The change, which moved the support end of life to December, 2021, shortened the expected community support lifecycle by 8 years.

For organizations using CentOS 8, that change sparked an immediate discussion about migration options, and/or alternative arrangements for CentOS 8 long term support. In this blog, we look at available support options for CentOS 8, and what the future looks like for those who want to stay on CentOS 8 beyond 2021.

The “Full Updates” phase of CentOS community LTS started immediately upon release, and outlined 2-3 updates per year for 6 years following the release. These updates ranged from new hardware support to errata. After those 6 years were up, the version would then enter the “Maintenance Release” phase.

Following the “Full Updates” phase, the “Maintenance Updates” phase provided only security errata critical bug fixes for the version. This phase would last for around 4 years, after which the version would enter end of life.

The Impact of CentOS 8 EOL

In our recent radio broadcast, Javier Perez joins industry experts to discuss the impact of the CentOS 8 changes, and potential paths forward for enterprise organizations.

For some, that may mean reverting to upstream commercial vendor support via RHEL. For others, finding a 1:1 commercial support replacement will be the better option. For smaller organizations, or those with sufficient internal expertise, self-support may buy enough time for their next migration.

When CentOS 8 reaches community support end of life in December, CentOS users who want commercial support from Red Hat will need to migrate to a supported RHEL version.

For those who migrate or “convert” to RHEL, the most common paths are horizontal, (e.g. CentOS 8 to RHEL 8. For those undertaking a migration, RHEL advises users to book consulting services.

For many organizations who left RHEL for CentOS due to pricing concerns, a move back to RHEL may not be in the budget -- and paying Red Hat for the pleasure of getting there may upset some stomachs.

For those who need to move back to RHEL and don’t want to pay Red Hat for consultancy on the migration, OpenLogic can provide consultative guidance and migration services.

Of course, the community itself isn’t going away. People who have worked on CentOS Linux in the past will still exist and will still be around.

Will they still answer questions related to CentOS Linux?

Considering many of the CentOS contributors work for Red Hat, probably not. The CentOS community is effectively moving on to CentOS Stream. Regardless, relying on un-defined community support isn’t feasible for most organizations unless they have an internal team with the expertise needed to backport or create patches and bug fixes.

For those who want to remain on CentOS 8 beyond December of 2021, finding extended commercial technical support that provides backported patches and bug fixes is the best option.

This isn’t a permanent solution, of course. But for companies who have just performed a costly and/or time-consuming migration, performing another migration so soon may not be in the picture. For them, supporting their CentOS implementations until they can plan for a migration will be the more cost-effective, albeit temporary, solution.

There are a handful of companies who provide paid, extended support for CentOS 8, including OpenLogic. Finding the best option requires companies to analyze their support needs.

Companies should start their search by determining their organizational needs. That begins with answering questions like:

OpenLogic provides backported bug fixes and security fixes for CentOS 8, as well as 24/7/365 technical support from a team of experienced Enterprise Linux architects and engineers.

What does that mean in practice?

How We Compare to the Competition

Get Extended Long-Term Support for CentOS 8

How Long Will CentOS 8 Be Supported?

Is CentOS Going End of Life?

Will There Be a CentOS 9?

As of today, there won’t be a CentOS 9. CentOS Stream will be the successor to CentOS 8.

When Is CentOS 8 EOL?