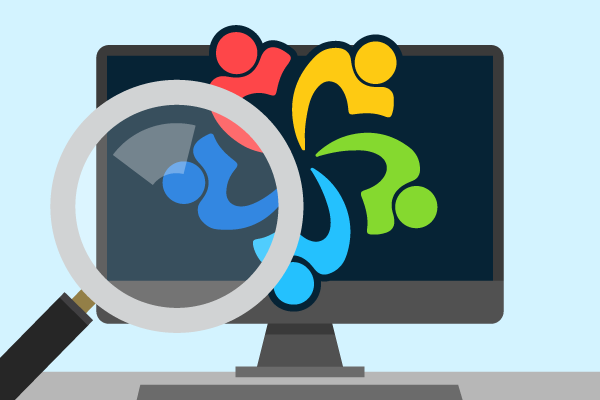 As the first CentOS alternative with a general availability build, AlmaLinux has quickly become a hot topic for those working with Enterprise Linux.

In this blog, we give an overview of AlmaLinux, discuss available repositories, compare AlmaLinux vs. Rocky Linux and CentOS, and discuss the steps needed for AlmaLinux to become a viable build at enterprise scale.

CloudLinux has promised $1M in annual sponsorship funds, though no details regarding those funds have been released to the public.

Originally called Project Lenix – it was renamed to AlmaLinux on Jan 12, 2021. While “alma” has several definitions, the CloudLinux team has chosen the Latin language definition: soul.

Licensing for AlmaLinux is the same as RHEL. The AlmaLinux Licensing Policy page, describes the license as follows:

Side note: If the AlmaLinux licensing policy page looks familiar, that's because it's an almost word-for-word copy of the CentOS policy, with appropriate branding and date changes.

As a non-profit 501(c)(6) organization, AlmaLinux will be led by a governing board for the newly-created AlmaLinux Open Source Foundation.  There will be seven total seats on the board (with at least five having already been announced) and include personnel from cPanel, the Open Source Initiative and Cloud Linux.

Since AlmaLinux 8 is a downstream rebuild of RHEL 8, CloudLinux promises patches and maintenance for AlmaLinux that align with the RHEL 8 lifecycle.  This means AlmaLinux will be actively maintained until 2029.

For those migrating to AlmaLinux, be sure to understand these issues:

AlmaLinux provides both HTTP and HTTPS mirrors at https://mirrors.almalinux.org.

Secure communication with the repos over HTTPS is not strictly necessary since no authentication is required to access the repos.  Utilizing HTTPS will cause proxies to not be able to cache the packages. However, certain proxies (like squid) can be configured to accept HTTP requests from the client and connect to the upstream repos via HTTPS.

If you would like to create your own local mirror to distribute the RPMs to your clients, you can access some repo mirrors via Rsync and FTP.  A caching proxy or local mirror is something that we recommend for most of our customers, not just for the packages published by the OS vendor (AlmaLinux, in this case), but also for 3rd party application repos or private repositories like we provide for our customers.

Upon the initial AlmaLinux release, signed repository metadata was not provided.  With the latest update to the libdnf package, you can set repo_gpgcheck=1 in your DNF configuration to verify the repo metadata via GPG…just be sure to update to libdnf-0.48.0-5.alma (or newer) beforehand!

It’s a little early to determine what kind of release lag to expect with AlmaLinux as only a few packages have been updated since AlmaLinux came out on March 30, 2020, but here’s what I’ve seen with a cursory evaluation:

By no means does this indicate a lack of AlmaLinux updates or a trend of unacceptable lag!  This is just one data sample taken a few weeks after initial release and I’m sure there are tweaks going on under the hood to smooth out their package build/test pipeline.

OpenLogic will continue to monitor the release lag of AlmaLinux (and other CentOS alternatives) as package updates are published and new point releases materialize.

Who Should Use AlmaLinux?

Anyone who has switched, or is considering switching, to CentOS Linux 8 and doesn’t want to deal with the extra overhead of switching to CentOS Stream 8 should consider AlmaLinux 8 as a potential candidate for their infrastructure.

Both AlmaLinux and Rocky Linux are RHEL-rebuilds that have emerged in response to the Red Hat announcement on Dec 8, 2020.

For those unaware of that announcement, Red Hat stated that CentOS Linux 8 will now have a diminished lifecycle that will go EoL at the end of 2021, 8 years earlier than previously announced. CentOS Linux 6 went EoL on Nov 30, 2020 (as scheduled) and CentOS Linux 7 has not received any change in EoL at this time.

With both projects coalescing to fill the same vacuum that will be left by CentOS 8, both should be relatively identical. Not only to each other, but to the upstream RHEL release that they are rebuilt from. Where we expect to see differences is in release lag, responsiveness to bug reports, communication and transparency of the project leads.

AlmaLinux 8 is intended to be a drop-in replacement for CentOS Linux 8.

The entire reason that AlmaLinux exists is to fill the void that will exist when Red Hat terminates CentOS Linux 8 in Dec 2021.  You can be assured that AlmaLinux will not contain the newest versions of the packages shipped with CentOS Stream.  This is by design.  If an upstream distribution like CentOS Stream fits your business and technical models, then CentOS Stream should be available for many years to come.

AlmaLinux has come out of the gate strong, and continues to build momentum as a CentOS alternative. However, as an Enterprise Linux distribution, it still has some work to do. That work starts with a reduction of release lag outliers (especially security updates).

That complaint aside, the funding commitment from CloudLinux, a soon to be filled board, and a growing community all point to one thing — AlmaLinux has a bright future ahead.

See Our Vagrant BoxesSee Our AWS ImagesSee Our GCE Images

Get Support and Services for Open Source Enterprise Linux

From AlmaLinux to CentOS, OpenLogic can help support your Enterprise Linux distribution. See our support and service options by clicking the button below.