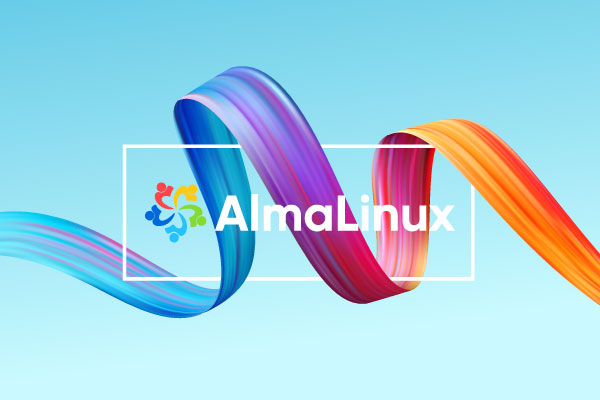 With the RHEL 9 release now available, there is a downstream wave of open source Enterprise Linux 9 distributions – each vying for a slice of the market vacated by CentOS Linux. AlmaLinux 9 marks the first among those distributions to successfully launch a GA fork from the RHEL 9 GA release.

In this blog, we break down this latest release from AlmaLinux, including an overview of the events that got us to this point, details on the features and upgrades in AlmaLinux 9 that carried over from RHEL 9, and analysis on when teams can expect AlmaLinux 9.x releases.

AlmaLinux 9: How We Got Here

By now you’ve probably heard all about the decision from Red Hat and the CentOS community to discontinue their work on CentOS Linux in favor of the rolling release distribution CentOS Stream.

If you haven’t heard of the announcement, be sure to check out this overview >>

That decision sparked a wave of new RHEL-derived Linux distributions, including AlmaLinux, Rocky Linux, Navy Linux, and others. The AlmaLinux project, announced back in January of 2021, is a CloudLinux project — with CloudLinux committed to investing “$1m per year in its development” through at least 2029.

Since the announcement, AlmaLinux has released several downstream RHEL-derived versions, including AlmaLinux 8.3, 8.4, 8.5, 8.6, and now 9.0. The releases also boast colorful codenames (our favorite so far is Sky Tiger).

Following on the heels of the RHEL 9 Beta release in November, but preceding the RHEL 9 GA release, AlmaLinux unveiled their AlmaLinux 9 Beta on April 18, 2022.

After roughly a month in beta, AlmaLinux released AlmaLinux 9 GA (codenamed Emerald Puma) on May 26, 2022.

As with other AlmaLinux GA releases, AlmaLinux 9 is derived directly from the corresponding upstream RHEL release. The differences between the two distributions ultimately boils down to dropped proprietary RHEL features and integrations in the downstream AlmaLinux release.

For those wondering why the Python version is missing from this list, we based this article on the existing AlmaLinux 9 changelog (which didn’t include Python). We did, however, confirm that the updated Python package (python3-3.9.10-2.el9.x86_64.rpm) is included in the base AlmaLinux 9 x86_64 install.

How to Install AlmaLinux 9

For those looking for an installation guide for AlmaLinux 9, the AlmaLinux 9 changelog has step by step install and upgrade instructions here: https://wiki.almalinux.org/release-notes/9.0.html#installation-instructions

When to Expect AlmaLinux 9.x Releases

The AlmaLinux 9 release came quickly after the RHEL 9 release, but to this point we haven’t seen any indication that their release was rushed. With a series of successful releases now under their belt, and CloudLinux’s ongoing commitment to funding the AlmaLinux project, the future seems bright for this new RHEL-derived Linux distribution.

Whether their “first to the plate” approach will help draw market share from their leading competitor, Rocky Linux, remains to be seen. Ultimately, for enterprises looking for a distribution to fill their CentOS Linux needs, having two healthy options is a good thing.

From AlmaLinux to Rocky Linux, OpenLogic can provide the technical support and services you need to keep your Enterprise Linux deployments secure and performant. Learn more today by speaking with with an Enterprise Linux expert.

Stay tuned to our blog for upcoming analysis on the Rocky Linux 9 release, and a head to head comparison of Rocky Linux 9 and AlmaLinux 9. In the mean time, be sure to check out these resources: