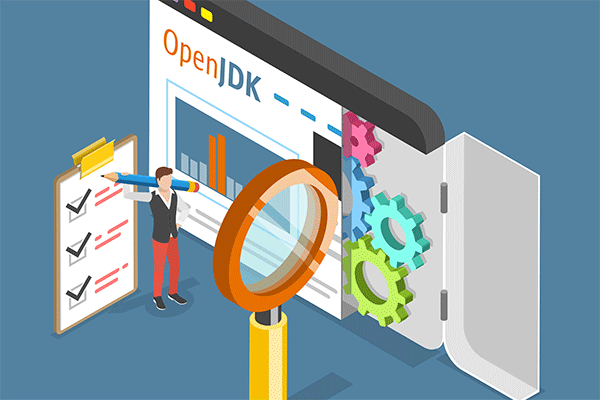 Why Use OpenJDK on Windows?

Is OpenJDK Available on Windows?

OpenJDK is available on Windows. And OpenLogic is pleased to offer OpenJDK downloads on Windows for Java 11 and Java 8.

Get OpenJDK on Windows

Why Use OpenJDK for Windows?

Deciding to use OpenJDK for Windows is a big decision.

Oracle JDK used to be the standard. But the expense of licensing with Oracle is often the most significant issue for potential users. However, there are other differences that are important to look at to determine which platform best suits your needs. Below are various features and functions to keep in mind when considering OpenJDK for Windows.

Getting your feet off the ground is essential. Some platforms lack builds and installers to help deploy the latest OpenJDK. A Windows build for instance must be built from scratch. Most Linux distributions have a package installation for OpenJDK.

Oracle JDK uses the Oracle Binary Code License Agreement in combination with the GNU General Public License (GPL) v2 with the Classpath Exception (GPLv2+CE). Similarly, OpenJDK has the GNU General Public License version 2 with linking exception license. The important difference to note here is that the Oracle JDK license restricts you from using the JDK in a production environment for business use. OpenJDK has no such restriction.

Are frequent updates a requirement for you? Oracle JDK will have Long Term Support (LTS) releases every three years, and OpenJDK will release every six months. This means that OpenJDK will support new releases until the next release in six months. The latest LTS release is OpenJDK 11, which was released in September 2018. The non-LTS release version 12 in March 2019. Non-LTS OpenJDK 13 is scheduled for September 2019.

Do you need early access to security fixes? If a CVE is issued and patched for Oracle JDK, then the patch may take a few days to trickle down to the OpenJDK build. That’s because Oracle security patches are ported to OpenJDK by third-party vendors. For the financial industry, a few days could be an eternity.

Oracle JDK has commercial features that are not available with OpenJDK. For instance:

Still deciding between OpenJDK and Oracle JDK? Get guidance in this Forrester report.

Get Support For OpenJDK on Windows

Having a wealth of practical experience in supporting your implementation of OpenJDK on Windows is crucial for success.

OpenJDK has the support of the user community and you can also get a single source of tier-one support for it from OpenLogic by Perforce. Plus, OpenLogic delivers long-term support for OpenJDK versions, such as Java 8, which the community no longer supports.

Switching out a JDK is not a simple drop and replace. Navigating migration is a process. If you choose a commercial JVM such as Oracle JDK, the lock-in can be very expensive down the road as your application grows. OpenJDK is a viable free alternative that can get enterprise support for from OpenLogic. [Download the datasheet to learn more.]

Ready to make the move to OpenJDK? Talk to one of our experts today. You'll learn how we can help you migrate to OpenJDK and get more out of it.

Talk to a JDK Expert