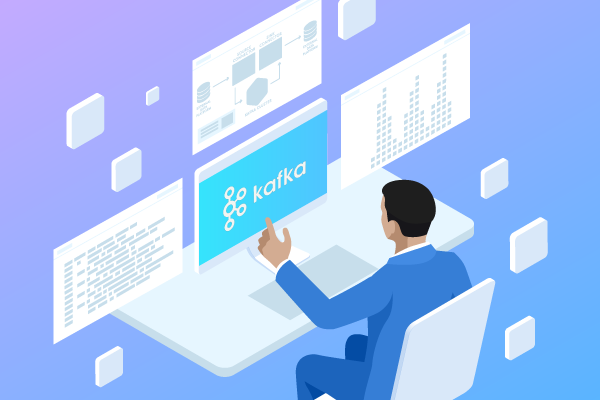 Using Apache Kafka for stream processing is a popular option for teams who want to manage and route their streaming data. Better yet, this approach can be applied to use cases across many industries. In this blog, we look at how Apache Kafka is used for stream processing and outline use cases for gaming, internet of things, and financial industries.

Apache Kafka is a popular open-source distributed event streaming platform that thousands of organizations use for high-performance data pipelines, streaming analytics, data integration, and streaming data for business-critical applications. Apache Kafka was created at LinkedIn and then donated to the Apache Foundation in 2011. It has become the open source technology of choice for streaming data at scale.

Get an overview of Apache Kafka here >>

There are many use cases of production applications using Apache Kafka that demonstrate how it can handle millions of events. One of the advantages of Apache Kafka is that it’s not “attached” to any specific programming language (unlike many legacy middleware technologies). Apache Kafka is at another layer in the stack where any application can be easily integrated to facilitate the transferring and storing of events, messages, or transactions in any direction.

What Is Streaming Data?

Streaming data refers to sending or receiving data in real-time from sources such as IoT devices, mobile phones, setup boxes, databases, data lakes, cloud services, or any other sources of data.

With Apache Kafka, events are managed in real-time and routed from different sources to different destinations continuously. This is done with all the necessary controls for dependable usability to write, store, and process small and large volumes of data. Apache Kafka also offers flexibility to be distributed on any platform, from bare-metal hardware to virtual machines and containers.

Kafka is founded on open source, and, as a 10+ year-old project, has matured and evolved in that time. That maturation has led to an ever-expanding “stream” of real-life use cases for applications in practically every industry.

Kafka for Gaming Use Cases

Today’s gaming industry has grown largely due to multiplayer and online capabilities. Games are played from various devices including smartphones and custom computing. Games are being played globally, and in-app purchases occur 24/7. Apache Kafka is a critical part of the infrastructure required to handle streaming graphics and data from anywhere in the world without delays.

Real-time monitoring of games has become a must-have for any successful game, with the collection of user data then used to provide recommendations via machine learning models. This facilitation of user data can be achieved by streaming events using Apache Kafka. Streams of real-time events with game data, user data, analytics, advertising, and even payments become data pipelines that Apache Kafka manages.

Integration with third-party software services such as credit card payments require safe and secured replication of data, which is also available with Apache Kafka. Every aspect of online game architecture uses Apache Kafka to facilitate the processing of those large volumes of real-time data. If it works for games that have millions of transactions per second, it can handle any other enterprise data-streaming requirements.

Kafka for Internet of Things Use Cases

Internet of Things (IoT) devices have invaded our lives — from cameras monitoring homes, offices, and traffic to a full ecosystem of medical devices, wearables, and appliances. Vehicles are not just one but a set of IoT devices that move around and transfer and collect data.
IoT devices are specifically designed to host small microprocessors and lightweight software, but more importantly, they are designed to be connected to the Internet and send small amounts of data all the time.

Millions of events come from all those IoT devices. To take full advantage of all that data, it has to be streamed to systems of record (mainly databases and other data storage technologies). In return, this data should be available for all types of applications, including everything from monitoring to analytics. Apache Kafka becomes an ideal technology to stream all those events coming from many IoT devices and then distribute streams of data to other applications.

The stream of messages, known as Kafka Topics, are managed by Kafka Streams. These are integrated with Kafka Connectors and serve as the main Apache Kafka distributed components. They handle those large amounts of streamed events coming from IoT devices. Apache Kafka can also provide data aggregation and join real-time data with metadata to enrich the content, provide fast aggregation of streams of data, and, more importantly, provide scalability to operate with bursts of traffic and millions of events.

The robustness and stability of Apache Kafka to process real-time streaming IoT data with little latency and high throughput has become an indispensable component for most IoT solutions architecture.

Kafka for Financial Services Use Cases

The digital economy has put banking and all other financial services at reach via mobile and web applications. The ability to perform most banking services, purchases, and sales of funds, stocks, and cryptocurrencies is now accessible to most people and has increased the number of transactions at all levels across all geographies.

Not surprisingly, Apache Kafka has been deployed in many financial institutions for business-critical transactional workloads and analytics generation. The stability, high scalability, and reliability of Apache Kafka, just like in the previous use cases, becomes the ideal technology to transfer and manage streams of data coming from all those financial transactions. Needless to say, important Apache Kafka is trusted to play a key part in financial transfers, including payments and credit card transactions.

For more Kafka streaming data use cases, check out the video below where I ask two OpenLogic Enterprise Architects about their experiences working with our customers.

Because our team at OpenLogic has extended experience with open source middleware software, such as ActiveMQ and RabbitMQ, we know that Apache Kafka will be here for a long time. That's because it can handle effectively critical services that carry millions of events. Another big plus is its active open source community of contributors who enhance its functionality and fix defects all the time. Apache Kafka is worth considering for any application that needs high-performance data pipelines.

Get Support for Your Kafka Deployments

When you're working with Kafka at scale, things that go wrong go wrong at the same scale. With OpenLogic, you get expert SLA-backed support for your Kafka deployments.

Learn More About Our Kafka Support 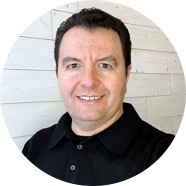