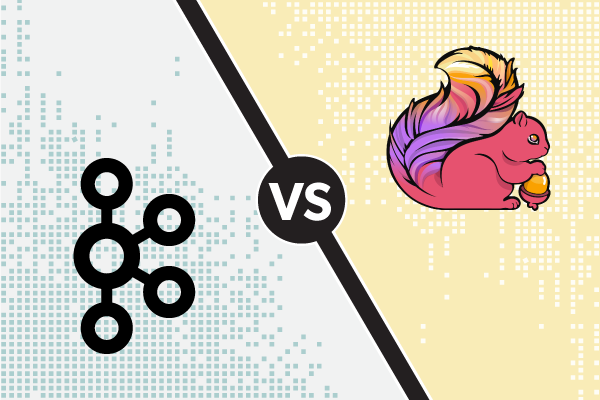 While there are a lot of stream processing frameworks available, two of the most popular (and fast-growing) are Apache Flink and Kafka Streams API. Although initially created for different use cases, Apache Flink and Kafka Streams API have a lot of overlap in their application. While both can solve stateful and streaming challenges, their differences in deployment, architecture, and more are worth considering before making a decision.

As a user, it can be challenging to determine the right solution that meets your needs now, and in the future. That’s because switching between stream processing tools is not a trivial decision, and can set you back later.

Learn more about high-level differences between Kafka Streams vs. Flink to make the right choice for your team.

Kafka Streams API and Apache Flink both come from the open source world and offer native streaming processing. Learn more about strengths and limitations of each framework.

What Is Kafka Streams?

Kafka Streams API is a powerful, lightweight library and stream processing engine, designed to build standard java applications. This powerful and embeddable system can be used for microservices, reactive stateful applications, and event-driven systems. It is a native component of Apache Kafka, which allows it to be scalable and fault tolerant, as it relies on its distributed architecture.

Kafka Streams API has an embeddable library that eliminates the need for building clusters and allows it to be seamlessly integrated into your existing toolstack. Developers can focus on their application without needing to worry about deployment. Plus, teams get all the benefits of Kafka including, failover, scalability, and security.

What Is Apache Flink?

Apache Flink was built from scratch as a large-scale data processing engine and stream framework. It was designed to focus on real-time data and stateful processing, making it an ideal solution for processing large amounts of data. It was the first open source framework that could deliver on throughput at scale (up to tens of millions of events per second), sub-second latency as low as 10s of milliseconds, and accurate results.

Flink runs self-contained streams in a cluster model that can be deployed using resource managers or standalone. Flink can consume streams and ingest data into streams and databases. With APIs and libraries available, Flink can act as a batch processing framework, which has been proven to run well, even at scale. Most commonly, Flink is used in combination with Apache Kafka as the storage layer. Flink is managed independently, allowing teams to get the best out of both tools.

To choose the right stream processing system, it is important to evaluate your choices across several criteria — deployment, ease of use, architecture, performance (throughput and latency), and more.

Apache Kafka uses a persistent publish/subscribe message broker system. The Kafka Streams API, which also uses a distributed computing solution using brokers, has an embedded database. The API library can integrate into an existing application. It can also be deployed over a cluster environment as a standalone, using containers, resource managers, or deployment automation tools like Puppet.

Flink uses a distributed computing framework. Its cluster network handles the deployment of an application either as a standalone cluster or using YARN, Mesos, or other container services, such as Docker or Kubernetes. Although you need a dedicated master node for coordination, which can add to Flink’s complexity.

When it comes to ease of use, it all depends on who is using it. Kafka Streams and Flink are used by developers and data analysts, making their complexities relative.

Kafka Streams usually requires less expertise to get started and manage overtime for developers. It is very accessible to deploy standard Java and Scala applications with Kafka Streams. Additionally, Kafka Streams works out-of-the-box. Teams do not have to integrate any cluster manager to get started, reducing its overall complexity. For non-developers, this can be a pretty sharp learning curve.

Flink’s interface is easy to navigate and its intuitive documentation makes it quick to get started. But Flink is deployed on the cluster, which can be more complex. Usually this is managed by the infrastructure team. This can alleviate some of the complexity around set up for both developers and data scientists. Due to its flexible nature, Flink can be easily customized to support a variety of data sources, and comes with built-in support for multiple third-party sources.

Some other considerations when looking at Kafka Streams vs. Flink:

Stream processing can be used across an organization, from user-facing applications to data analytics. While both Kafka Streams and Apache Flink can be used, their main difference comes down to where these frameworks reside — in a cluster with Flink or inside microservices with Kafka Streams.

Because they occupy different spaces, they can be used together. Kafka Stream's works well for microservices and IoT applications. Companies can build applications with the API to help them make real-time decisions. It lacks in analytics capability, which is where Flink can excel. This is why big companies like Uber and Alibaba are deploying it in their environments. Data can be processed quickly, allowing teams to make better decisions, fast.

When evaluating Kafka Streams vs. Flink, make sure to:

There are reasons to compare Kafka Streams vs. Apache Flink. But it’s not a one-to-one comparison. Due to architecture differences, Kafka and Flink live in different areas of an organization. For many, this makes them complementary systems that can be deployed together. Users can get the best of both worlds.

Kafka Streams includes all the benefits of Kafka (performance, scale, reliability) and the API can be leveraged to create real-time applications. Flink can be deployed in existing clusters, giving teams the benefits of latency, throughput, checkpoints and other operational features, plus an intuitive UI.

Is Your Open Source Stack Supported?

From ActiveMQ to Zabbix, OpenLogic delivers comprehensive support services for 400+ OSS packages so you can enjoy the benefits of using open source — and confidently meet your requirements including compliance with regulations such as GDPR, HIPAA, and PCI.