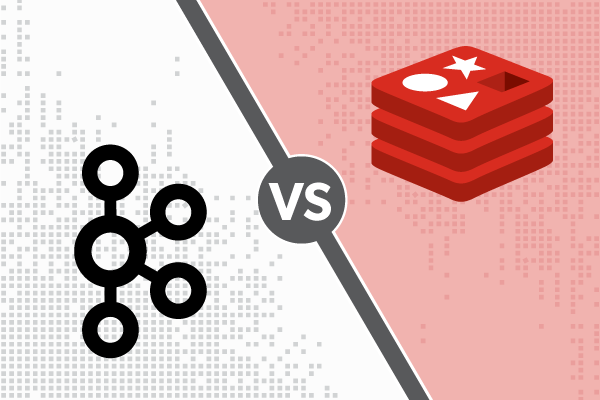 Apache Kafka vs. Redis: Are They Truly Comparable?

Overview of Apache Kafka and Redis

Kafka is an open source stream-processing platform, while Redis is a general purpose in-memory data store, so they serve very different functions within application data infrastructure.

Whereas traditional message brokers focus on a pattern of allowing consumer applications to work on one piece of data at a time, Kafka allows for the analysis of lots of individual pieces of inflight data.

This makes Kafka an ideal candidate for implementing streaming analytics and big data applications. Designed at LinkedIn to scale to hundreds of millions of messages, though not as lightweight a solution as ActiveMQ, it is ideal for working on astronomically large data sets.

Redis was one of the first open source key caching solutions, which has led to its widespread adoption as a database cache. While Redis is primarily used for highly-available in-memory caching, it can also be used for chat, messaging, queues, session stores, and rich media streaming. 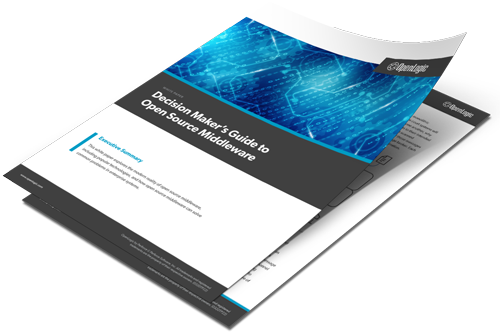 In our Decision Maker's Guide to Open Source Middleware, our experts discuss the top options available today, including Kafka, ActiveMQ, RabbitMQ, and more!

Apache Kafka vs. Redis Use Cases

When to Use Kafka

Kafka an ideal candidate for implementing streaming analytics and big data applications. Designed at LinkedIn to scale to hundreds of millions of messages, though not as lightweight a solution as ActiveMQ, it is ideal for working on astronomically large data sets.

Kafka has a number of potential use cases that span across many verticals, including Internet of things (IoT), e-commerce, security, and financial institutions — all of which can benefit from real-time data analysis.  For those who only need to process a small amount of messages (up to several thousand), Kafka might be overkill.

It is also important to note that Kafka, while powerful, is also complex. It’s not easy to perform data transformations that involve a complex pipeline of producers and consumers. If your needs require Kafka, then you have a substantial amount of work ahead of you!

When to Use Redis

Redis is highly scalable, and can scale well in most deployment architectures. Because it provides sharding and multiple types of replication, Redis offers a highly flexible and reliable option for teams who need an in-memory data store.

Historically, Redis has primarily been used as a enterprise-grade session cache, but more recently Redis has found a home in a variety of new use cases -- like inventory systems or fraud analysis. Because Redis was designed as a general purpose key storage, there are some areas where it can be outshined by alternatives (e.g. ElasticSearch for more search-focused datastores).

For teams considering Redis as a pub/sub message broker, it's important to note that it should not be considered a fully-functional message broker service due to it's lack of support for exactly-once delivery semantics.

Finding the right open source software for your use case can be hard. That's especially true when you consider the sheer amount of open source projects available for use today. This tyranny of choice can be further complicated by the advertised features for projects that often don't match their ideal use cases.

At the end of the day, it's up to teams to perform their due diligence when selecting new pieces of open source software to ensure that the functionalities in that software are the ones best equipped to solve their specific use cases. For teams that don't have that expertise in-house, there are companies, like OpenLogic, that can provide guidance and support.

Need Help With Your Open Source?

OpenLogic can help. We provide the expert technical support and guidance teams need when using open source in mission critical applications. Learn more about how we can help by talking with an expert today.