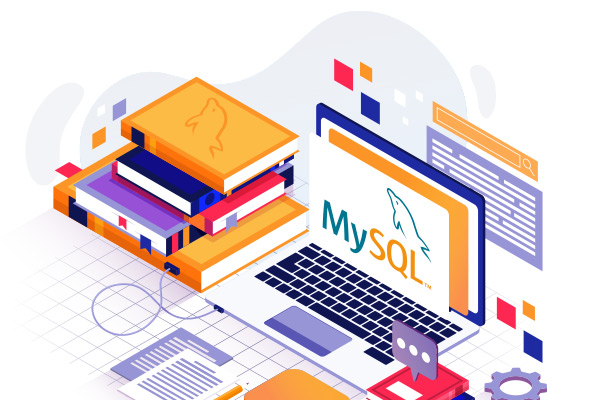 MySQL is a popular choice among open source RDBMS, but why? In this blog, we give an overview of MySQL, including what it is, how it works, potential use cases, benefits, and how it compares to other popular open source RDBMS.

MySQL is an open source relational database management system that was originally released in 1995.

MySQL is popular among all databases, and is ranked as the 2nd most popular database, only slightly trailing Oracle Database. Among open source databases, MySQL is the most popular database in use today. Known as one of the most reliable and performative databases out there, it was named after it’s founders daughter My, and is known for organizing data into one or more data tables in which data types are related to each other. These relations help structure data, as SQL is a language programmers use for creation, modification and extraction of data from a relational database.

MySQL uses standalone clients that allow users to interact with MySQL, and also to use it with other programs for applications that need relational database capabilities. MySQL's reputation for reliability has led to its inclusion in the popular LAMP stack (Linux, Apache, MySQL, Python/Perl/PHP) and is also used as the default DBMS in popular CMS options like Drupal, Joomla, phpBB, and WordPress.

In our Decision Maker's Guide to Open Source Databases, we give an overview of the top open source databases in use today, including the top RDBMS, NoSQL, Document database, and Graph database options.

Is MySQL Free to Use?

MySQL has several versions available, but there are essentially two options: a community version, which is free to use; and paid versions, which include additional functionality, extensions, and support through Oracle. Despite the branding for the paid version, the community version is still considered to be production-ready and is often used in the enterprise.

Is MySQL a Relational Database or a NoSQL Database?

MySQL is a highly scalable product and that scalability can come from several different performance tuning techniques. For starters, you can tune MySQL from the application level. Using a product like Redis which is also supported by OpenLogic, you can cache database queries in an in-memory database. This technique works well with databases containing a high read level and a low write level. An example would be queries for static content on your site.

Another technique is pre-fetching records. This is done to prevent n+1 queries which is a type of query that fetches n amount of records and then runs additional queries for each of the records. Caching columns and query results as variables are two other techniques available.

There are some other optimizations you can make at the MySQL level, such as only returning selected columns in search results, using ENUM for categorical data types, removing unused indexes, breaking up complex queries into smaller, simpler queries and using the slow query log are among other optimizations you can make when scaling. Setting up replica databases used for read operations is a way to horizontally scale your environment and MySQL comes with built-in support for replication.

Potential use cases for MySQL include, but are not limited to:

We've outlined many of the benefits for MySQL already. It's versatile, mature, open source, and extensible. But if we had to list five key MySQL features and benefits, they would be the following.

MySQL is considered easy to use among RDBMS. It works with basic SQL and, given its maturity and adoption, there is abundant documentation available.

MySQL's maturity also lends itself to security. It's regularly updated, has a vibrant developer community, and, because of it's wide adoption within the enterprise, many CVE patches are released before the CVE is announced. These factors combine to make MySQL a stable and secure choice among RDBMS.

The community edition of MySQL is enterprise ready, and supported by a GNU General Public License. For users who want access to equitable proprietary functionality of MySQL without the added price tag, there are other options within the ecosystem — like MariaDB — that can add similar levels of functionality and beyond.

MySQL is highly scalable for an RDBMS, with a wide range of options not covered in this blog that allow for tuning, customizing and enhancing your MySQL experience.

MySQL is reliable — not just from a data perspective, but from a development perspective. It's mature, it has regular releases, patches, and an entrenched developer community that works with it. This makes it a safe choice compared to newer, less mature RDBMS options.

MySQL is popular for a reason. It's an accessible database management system, and one that has been improved and iterated to improve its ability to manage modern problems. That said, MySQL does lock functionality behind paid versions of the DBMS. For those who need something beyond the core functionality, MariaDB may be a better option.

From MySQL to Neo4j, OpenLogic offers technical support and services for the top open source databases in use today. Talk to an expert to see how we can help support your goals.