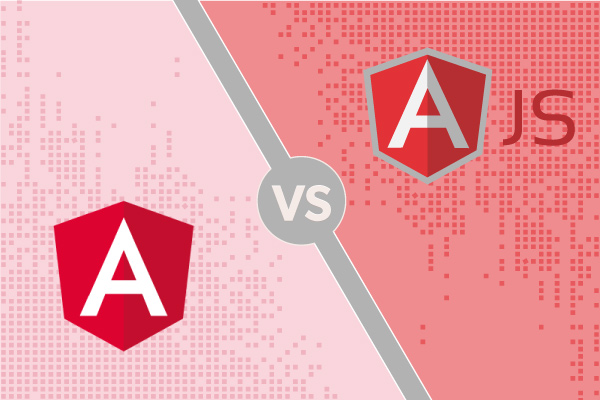 With AngularJS now end of life, many organizations are quickly searching for a way to support their AngularJS deployments, or migrate to an alternative framework. For many, the most logical solution is a move to Angular. But, as we detail later, that migration isn't as straightforward as it seems.

In this blog, we compare Angular vs AngularJS and discuss the key similarities and differences between these two frameworks. Afterward, we discuss AngularJS to Angular migration considerations and how organizations can keep their EOL AngularJS supported while they migrate.

It should be no surprise that Angular shares quite a bit in common with AngularJS. In fact, Angular's existence can be best thought of as a reimagining of AngularJS or perhaps "the best of AngularJS and more". After all, AngularJS is simply the name given to Angular 1.x. This has led to a unique type of compatibility between the two frameworks, with many concepts carrying forward (although often with minor changes or a different name).

However, what stands out as the greatest similarity between the two is their goal: To provide a comprehensive framework for creating high quality, maintainable, and scalable single-page applications.

That said, there are a number of differences that separate these two frameworks.

Differences Between Angular and AngularJS

Somewhat paradoxically, the shared goal of the two frameworks is ultimately what led to many of their major differences. The need for improved performance and ease of development, along with the shifting mobile-heavy landscape of the web meant many of the architectural decisions made for AngularJS were simply holding it back. While there were attempts to keep the framework’s familiar feel, Angular needed some rather significant changes to adapt.

One of the most immediate concerns when looking to migrate from AngularJS to Angular is the language. AngularJS uses JavaScript while Angular is written in TypeScript. On the surface this seems like a rather large change. However, it's important to keep in mind that TypeScript is simply a superset of modern JavaScript. While migrating to TypeScript is a smart choice, it's not technically necessary across all code. In fact, in many cases it's may not be required at all. However, TypeScript is by far the preferred option and with continued use of JavaScript you may find yourself in a frequent uphill battle against available documentation and resources.

Architecture is another place where the two frameworks diverge. AngularJS considers itself MVC (model-view-controller) based, while Angular opted for a more component-based architecture. Practically speaking, this has led to a more maintainable, modern approach to encapsulating functionality in Angular. By dividing the application into components, each can be self-contained and easily reused.

Although there's nothing explicitly stopping AngularJS from being used for mobile applications, it wasn't developed with mobile in mind. This contrasts with Angular which has fully embraced mobile, even going so far as to offer first-class support for native mobile applications.

Angular undoubtedly offers performance improvements over AngularJS. In fact, it's hard to find a metric in which Angular hasn't improved or at least kept steady with AngularJS. This can be attributed to both structural and tooling changes. However, where this is particularly apparent is with state changes, in which AngularJS had to constantly check and track its state, constantly searching for change. Angular, by comparison, utilizes a more modular approach inspired by the flux architecture. This allows for aggressive optimizations throughout the framework which are often quoted as being 5x – 10x faster.

With AngularJS, you were somewhat left to your own devices to integrate and manage your project. Angular, however, offers its own CLI tool aptly named “Angular CLI”. The tool can help configure, build, and even serve your web application. This leads to a more consistent, faster developer experience with many best practices such as linting and type checking being baked in.

Migrating to any AngularJS alternative will always be a challenge, even when closely related. But while there's certainly technical hurdles, Angular offers the clearest upgrade path for those who fully embraced the best of AngularJS. Not only has its position as AngularJS's sequel given it a wealth of resources on upgrading, it also provides the ngUpgrade tool, which allows AngularJS applications to be seamlessly integrated into an Angular project, meaning developers can migrate at their own pace.

For those on AngularJS looking for a viable migration path, Angular will be likely be the top option. As detailed above it shares many qualities and approaches with Angular. That said, moving to Angular from AngularJS may still provide some headaches.

For teams who are currently using end of life AngularJS and planning their migration, ensuring their AngularJS deployments are supported with patches is crucial to ongoing security, functionality, and success of the application.

Extend Your Migration Runway With AngularJS LTS From OpenLogic

Need support for your EOL AngularJS? OpenLogic AngularJS LTS includes patches and workarounds for CVEs, support for new browser versions supported by the AngularJS framework, and expert support from our team of enterprise architects. Visit our solutions page to talk with an expert today.

Talk With an Expert 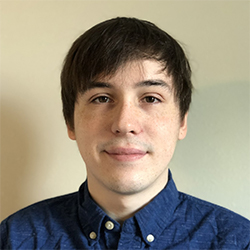 Having a strong background in software development, Chris Bednarz has worked on a wide range of technologies over his 8 years in the industry. Specializing in scalability and maintainability, Chris now focuses primarily in DevOps, application development, and web development based solutions.