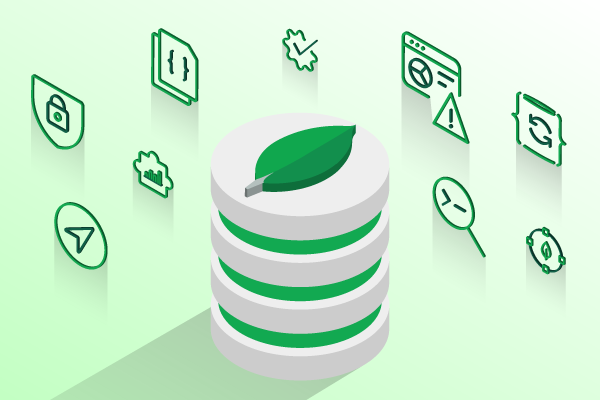 What Is MongoDB? | Feature Overview and FAQ

With so many open source databases to choose from, finding the right database can be a challenge. That’s especially true for non-relational databases like MongoDB, where there are many viable options to choose from.

In this blog, we give an overview of MongoDB, answer frequently asked questions about the database, and discuss important components of MongoDB, including documents, storage engines, and sharding.

The word “Mongo” was derived by the database’s ability to store humongous amounts of JSON data. Documents can have any schema which is unlike a relational database management system (RDBMS). This means data in related tables can be joined into a single document in affect de-normalizing the data.

There are two important terms with regards to MongoDB. Documents are synonymous with records in an RDBMS. Collections are a grouping of documents, and the equivalent structure in an RDBMS for a collection in MongoDB is a table.

Want to find the right open source database for your needs? Our Decision Maker's Guide to Open Source Databases is a must-read for any organization worried about data performance, security, and stability.

The In-Memory storage engine is exactly as it sounds, and only uses very little on-disk data (metadata, diagnostic data). Data with this engine is meant for applications where performance is paramount, and data can be ephemeral. Once the machine loses power then the data is lost unless you are running a replica set. Do not use this storage engine if you require persistent data.

WiredTiger is the default storage engine for MongoDB. It uses document level concurrency, which means that clients can modify different documents within a collection simultaneously. WiredTiger is suitable for most workloads.

The Encrypted Storage Engine is an enhanced version of WiredTiger Storage Engine that supports Encryption at Rest. It is only available in MongoDB Enterprise.

You have several different options when deploying MongoDB: a standalone single instance, a replica set, and a sharded cluster.

The typical amount of data that your application queries is called the working set. We usually try to strive to have the replica set fit into memory. If it does not fit, then you will experience swapping of data to and from the disk. This will slow your application down considerably.

What if you cannot fit your working set entirely into memory due to cost or other limitations? You will want to scale your cluster horizontally by using sharding.

What Is MongoDB Sharding?

MongoDB sharding is a horizontal partition of data in a database. This makes it possible to divide your data between nodes based on a key, so that not all the data falls into one replica set. This allows you to fit your working set into memory.

For example, assume we have data being imported into a database from across the country. We have two data centers geographically placed, DCEast and DCWest, that each house a replica set. We also place these data centers close to the region the data will be queried in (with one node being a member of the other replica set for redundancy).

In the sections below, we answer some of the most commonly asked questions about MongoDB.

MongoDB is open source, and is licensed via the Server Side Public License for all versions released after October 16, 2018.

Versions prior to that date were released under GNU AGPL v3.0.

Is MongoDB a Relational Database or a NoSQL Database?

MongoDB is one of the most popular NoSQL databases.

For companies looking for a mature, scalable, and open source document database, MongoDB is an attractive option. It’s easy to scale, and can enable fast access by avoiding I/O on ephemeral data.

That said, MongoDB can have sharp edges for companies working with large amounts of data – especially when it comes to sharding.

Need support for MongoDB or another open source database? OpenLogic provides SLA-backed database support directly from Enterprise Architects. Talk to an expert today to learn how OpenLogic can help support your integrated (and planned) open source.