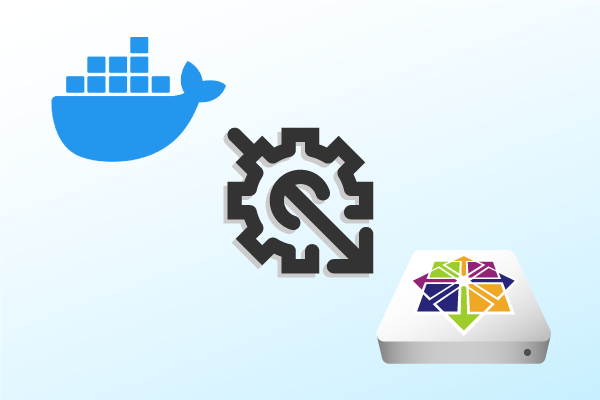 How to Install Docker on CentOS

Docker has quickly become the most popular program for containerization. For CentOS users, that means an increase in the need to install Docker on CentOS. Luckily, the process for Docker installation on CentOS 6, CentOS 7, CentOS 8, and CentOS Stream is fairly simple.

In this blog, we’ll look at how to complete a successful CentOS Docker installation for CentOS 6, 7, 8, and Stream, then look at some Docker basics that can help you to get started.

Docker is a program for building, running, and managing containers.

Containers are run as namespaces under the linux kernel, and are implemented with images that contain the filesystems and all data needed to run the process in the container. This mostly separates the running process from other resources on the system.

This is simplified, of course, because this article isn’t really about what docker is and how to use it, but how to install it under CentOS.

CentOS 6 will reach end of life on November 30, 2020, so there will be no more updates. Docker CE is not available for CentOS 6. The best we can do is install an old version from docker.com, which is version 1.7.0-1:

The default docker version (with CentOS 7) is 2:1.13.1-162git64e9980, which is quite old. We will install the latest version from main docker repository. First we install yum-utils, which gives a command for easily adding repositories. Then we use that command to add the docker repo, then install docker-ce:

Centos 8 installs podman by default. It is nearly a drop-in replacement for docker, that doesn’t use a service to run. However we are not covering podman in this article, so we will remove it to install docker. DNF is a replacement for yum. Yum is an alternate name for dnf in CentOS 8.

Docker uses some kernel modules, like the overlay fs module, so make sure your system has module loading enabled. Make sure the following option is set to 0:

Otherwise starting the docker service will fail. Then you can start docker and make sure it starts at boot time.

By default only root can run docker commands. To allow users other than root to run docker, add them to the docker group:

This will add the user to the docker group. The -a option appends the group, instead of replacing the groups. Test by running a simple hello-world app:

To show some commands, we will run a simple container that stays running until you stop it. In one shell, type:

That says to run the nginx container (a web server) and map port 80 on the host to port 80 in the container. You will see some ouput, then:

In another shell, test with:

Also you will see a log entry for the nginx container. Show the containers running with docker ps:

If you don’t give a container a name, docker will give it a random name. You can reference a container with either the CONTAINER ID or the name.

Docker logs shows the log information, which was also printed to the terminal before. docker inspect will show lots of internal information about the container.

Get the Most Out of Docker on CentOS

You now have a working Docker installation. Docker will work both with SELinux and without. Extra features are enabled with SELinux to allow container separation.

Talk to an expert today to learn how we can help you with everything from open source containers to operating systems — and beyond.

Concerned About Changes to CentOS?

In our latest webinar, Perforce OSS Evangelist Javier Perez details the changes to CentOS, how they impact organizations using CentOS, and what to do next if you are impacted.

Looking for additional resources on popular open source containerization technologies? Be sure to look at these options from our open source experts: