As open source support experts, we monitor community projects to ensure our customers’ environments include the latest releases and are protected against emerging threats. We share what we learn about important open source news including software releases, trending topics, and other related information — including upcoming OpenLogic events — in our OpenUpdate Weekly newsletter.

Jenkins 2.220
Fix agent installation as a service on Windows (regression in 2.217). (issue 60926, Remoting 4.2 changelog, Agent Installer Module 1.7 changelog)
Fix NullPointerException when getting a list of runs with a status threshold (regression in 2.202). (issue 60884)
Remove network discovery services (UDP and DNS). (issue 60913)
Extends the current milestones so plugins can update jobs and configuration during Jenkins initialization.

JBoss Drools 7.32.0.Final
[DROOLS-3280] - DMNRuntime API for evaluateByID/Name to error if empty array.
[DROOLS-3957] - Make verifier panel use docks.
[DROOLS-4724] - [DMN Designer] Do not default to a LiteralExpression when no expression is defined.
[DROOLS-4852] - Add SonarCloud integration to openshift-drools-hacep repository.

Learn about the Kubernetes features and cost-savings in this blog.

MySQL 8.0.19
Setting the hash_join optimizer switch (see optimizer_switch system variable) no longer has any effect. The same applies with respect to the HASH_JOIN and NO_HASH_JOIN optimizer hints. Both the optimizer switch and the optimizer hint are now deprecated, and subject to removal in a future release of MySQL. (Bug #30471809)
Support for the YEAR(2) data type was removed in MySQL 5.7.5, leaving only YEAR and YEAR(4) as valid specifications for year-valued data. Because YEAR and YEAR(4) are semantically identical, specifying a display width is unnecessary, so YEAR(4) is now deprecated and support for it will be removed in a future MySQL version. Statements that include data type definitions in their output no longer show the display width for YEAR. This change applies to tables, views, and stored routines, and affects the output from SHOW CREATE and DESCRIBE statements, and from INFORMATION_SCHEMA tables.
For DESCRIBE statements and INFORMATION_SCHEMA queries, output is unaffected for objects created in previous MySQL 8.0 versions because information already stored in the data dictionary remains unchanged. This exception does not apply for upgrades from MySQL 5.7 to 8.0, for which all data dictionary information is re-created such that data type definitions do not include display width.
The (undocumented) UNSIGNED attribute for YEAR is also now deprecated and support for it will be removed in a future MySQL version.

Also, learn about the future of open source software development from now until 2025!

Apache Tomcat 7.0.99
add         63681: Introduce RealmBase#authenticate(GSSName, GSSCredential) and friends. (michaelo)
add         63937: Add a new attribute to the standard Authenticator implementations, allowCorsPreflight, that allows the Authenticators to be configured to allow CORS preflight requests to bypass authentication as required by the CORS specification. (markt)
fix           63939: Correct the same origin check in the CORS filter. An origin with an explicit default port is now considered to be the same as an origin without a default port and origins are now compared in a case-sensitive manner as required by the CORS specification. (markt)
fix           63950: Fix timing issue in TestAsyncContextStateChanges test that caused it to hang indefinitely. (markt)

Narayana 5.10.1.Final
[JBTM-3206] - StringIndexOutOfBoundsException in Spring Boot JAX-RS.
[JBTM-3212] - Ensure that an LRA timeout timer is restarted after a crash.
[JBTM-3218] - Transaction statistics for read-only + last record may go wrong.
[JBTM-3222] - Local LRA lookup should just use the Uid part of the LRA.

BIND 9.14.9
Fixed a bug that caused named to leak memory on reconfiguration when any GeoIP2 database was in use. [GL #1445]
Fixed several possible race conditions discovered by Thread Sanitizer.
Set a limit on the number of concurrently served pipelined TCP queries. This flaw is disclosed in CVE-2019-6477. [GL #1264]
Added a new statistic variable tcp-highwater that reports the maximum number of simultaneous TCP clients BIND has handled while running. [GL #1206]

Also, download a new whitepaper from OpenLogic on open banking with OSS technologies!

Firefox 71
Improvements to Lockwise, our integrated password manager:
Firefox now suggests saved logins from other subdomains of a site
Integrated breach alerts from Firefox Monitor are now available to users with screen readers
More information about Enhanced Tracking Protection in action:
Notifications when Firefox blocks cryptominers
A running tally of blocked trackers in the protection panel accessed by clicking the address bar shield

Hibernate 5.10.1.Final
[JBTM-3206] - StringIndexOutOfBoundsException in Spring Boot JAX-RS
[JBTM-3212] - Ensure that an LRA timeout timer is restarted after a crash
[JBTM-3218] - Transaction statistics for read-only + last record may go wrong
[JBTM-3222] - Local LRA lookup should just use the Uid part of the LRA

Also, read a new blog from OpenLogic on on the pros and cons of various open source databases!

Also, read a new blog from OpenLogic on improving agility with ansible architecture!

Apache Camel 3.0.0
[CAMEL-12471] - Dots in RabbitMQ-component headers do not work.
[CAMEL-13424] - Rest Component custom routeId is not accessible in processor.
[CAMEL-13466] - DefaultCamelContext not stopping all routes on doStop().
[CAMEL-13642] - Testing for an expected Header in a MockEndpoint doesnt happen if there is no Exchange received.

GNU PG 2.2.18
gpg: Changed the way keys are detected on a smartcards; this allows the use of non-OpenPGP cards.  In the case of a not very likely regression the new option --use-only-openpgp-card is available.  [#4681] gpg: The commands --full-gen-key and --quick-gen-key now allow direct key generation from supported cards.  [#4681]
gpg: Prepare against chosen-prefix SHA-1 collisions in key signatures.  This change removes all SHA-1 based key signature newer than 2019-01-19 from the web-of-trust.  Note that this includes all key signature created with dsa1024 keys.  The new option --allow-weak-key-signatues can be used to override the new and safer behaviour.  [#4755,CVE-2019-14855]
gpg: Improve performance for import of large keyblocks.  [#4592]

Also, read a new blog from OpenLogic on how open source licensing works and how to pick the license best suited for you.

Apache Tomcat 9.0.29
Fix:  Refactor JMX remote RMI registry creation. (remm)
Add:  63835: Add support for Keep-Alive response header. (michaelo)
Fix:  Correct a logic bug in the NioEndpoint timeout handling that meant a write timeout could be handled as a read timeout. (markt)
Add:  Add a warning regarding potential poor performance of the HTTP and AJP connectors if socket.txBufSize is configured with an explicit value rather than using the JVM default. (markt)

ISC BIND DNS 9.15.6 and
9.15.6
A new asynchronous network communications system based on libuv is now used by named for listening for incoming requests and responding to them. This change will make it easier to improve performance and implement new protocol layers (for example, DNS over TLS) in the future. [GL #29]
The new dnssec-policy option allows the configuration key and signing policy (KASP) for zones. This option enables named to generate new keys as needed and automatically roll both ZSK and KSK keys. (Note that the syntax for this statement differs from the DNSSEC policy used by dnssec-keymgr.) [GL #1134]
Two new keywords have been added to the dnssec-keys statement: initial-ds and static-ds. These allow the use of trust anchors in DS format instead of DNSKEY format. DS format allows trust anchors to be configured for keys that have not yet been published; this is the format used by IANA when announcing future root keys.
As with the initial-key and static-key keywords, initial-ds configures a dynamic trust anchor to be maintained via RFC 5011, and static-ds configures a permanent trust anchor.
(Note: Currently, DNSKEY-format and DS-format trust anchors cannot both be used for the same domain name.) [GL #6] [GL #622]
9.14.8
Set a limit on the number of concurrently served pipelined TCP queries. This flaw is disclosed in CVE-2019-6477. [GL #1264]
Added a new statistics variable tcp-highwater that reports the maximum number of simultaneous TCP clients BIND has handled while running. [GL #1206]
NSEC Aggressive Cache (synth-from-dnssec) has been disabled by default because it was found to have a significant performance impact on the recursive service. The NSEC Aggressive Cache will be enable by default in the future releases. [GL #1265]

Also, read a new blog from OpenLogic on the ability for diabetics and their families access data from Dexcom continuous glucose monitoring devices using their Android devices.

OpenSSL 1.1.01
For built-in EC curves, ensure an EC_GROUP built from the curve name is used even when parsing explicit parameters, when loading a serialized key or calling `EC_GROUP_new_from_ecpkparameters()` `EC_GROUP_new_from_ecparameters()`. This prevents bypass of security hardening and performance gains, especially for curves with specialized EC_METHODs. By default, if a key encoded with explicit parameters is loaded and later serialized, the output is still encoded with explicit parameters, even if internally a "named" EC_GROUP is used for computation. [Nicola Tuveri]
Compute ECC cofactors if not provided during EC_GROUP construction. Before this change, EC_GROUP_set_generator would accept order and/or cofactor as NULL. After this change, only the cofactor parameter can be NULL. It also does some minimal sanity checks on the passed order. (CVE-2019-1547) [Billy Bob Brumley]

Hibernate ORM 5.4.9.Final
[HHH-12030] - Symbol$TypeVariableSymbol cannot be cast to TypeElement.
[HHH-13307] - On release of batch it still contained JDBC statements using JTA.
[HHH-13433] - EntityManager.find() should only check for roll-back-only condition if there is an active JTA transaction, otherwise ORM should throw convert. (e, lockOptions)
[HHH-13614] - Allow the IntegratorProvider to be supplied via its FQN in the JPA persistence.xml.

JGroups 4.1.8
[JGRP-2394] - Provide an overloaded JmxConfigurator.registerChannel that takes an ObjectName to be used as prefix instead of the domain.
[JGRP-2393] - JmxConfigurator creates an invalid object name when fixing duplicates.
[JGRP-2395] - LOCAL_PING fails when 2 nodes start at the same time.
[JGRP-2397] - MPING: issue with MulticastSocket creation.

Learn more about how you can strategically use open source software to drive innovation and growth, Benefits and Drawbacks: Community vs. Commercial OSS.

Complete the form to receive an email message when we post a new OpenUpdate.

Have Questions or Need Support?

If you have any questions about the content in this week’s newsletter, or are interested in getting support for your open source software, please contact one of our experts.

Talk To An Expert 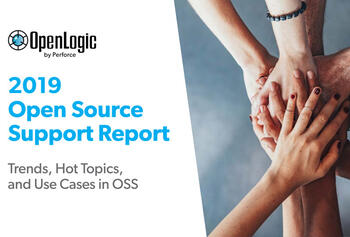 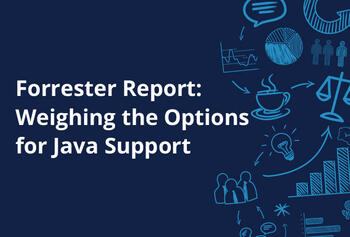 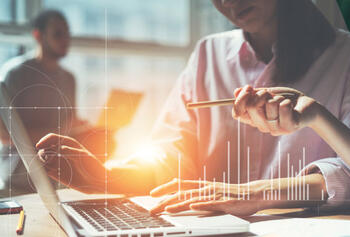 Enterprise Linux at a Fair Price

Learn more about the content in this newsletter and how you can achieve your goals with your choice of open source software.

Talk To An Expert

Hear from our open source engineers and architects.

Review all our open source offerings at a glance.